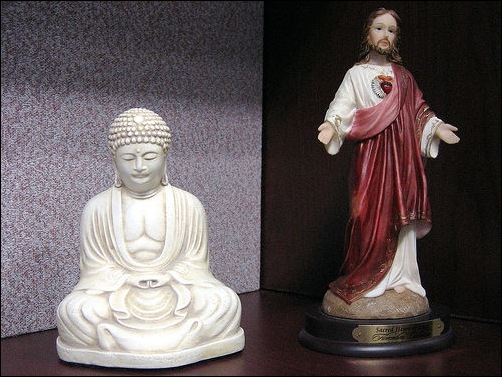 You just have to love all the time.

Now that is probably too simple.  Let’s look over some examples:

W. Clement Stone, student and mentor to Napoleon Hill, and one of the richest men on the planet for his time, died at age 100. What was he known for? Positive Mental Attitude. He, like Earl Nightingale, already had it when they uncovered Hill’s “Think and Grow Rich”.

Certain Taoists in remote mountains are known to live even longer. Health is not an issue here. And most of our modern world would say that they lived fairly boring lives. But they don’t suffer from illness and live longer than anyone you know.

Now, just a point here – we aren’t running away from Death. There is no fear of death here. It’s a natural phenomenon, along with illness and is to be embraced just like any other part of life. Life is a dream (per Serge Kahili King of Huna) and so you are really looking for the most rewarding dream you can find. Something which tickles your fancy.

The bulk of people on this planet (upwards of 97-99%) are here simply to get entertained. They fill their lives with all sort of conflict and distractions which keeps them more than busy.

And there are some who are here to figure things out. The trick to this one is to see that the universe itself doesn’t need to be figured out, as it’s a complete system and will keep running all on its own – you just need to work out how to contribute within it and do your part. But you can figure out what you’re supposed to be doing here.

When you do accomplish that, you move onto another dream, goes the theory. And these never really run out – since you have an infinite amount of dreams to live out. The imagination is just that infinite. No dream is wrong or right. No dream is perfect, but they all are – and we’ll get to that later. The point is to take this as the light game it is.

So the key secret is knowing what the universe is built on.

This is the creative source which built this universe. And you can look up more of this via Charles Haanel and his “Master Key System”. The more you create the world and universe around you, the more you take responsibility for it and move it along, the better it gets. You have to love it to death. (I did this with some scammers and they never recovered… but a lot of people got their money back.)

And you also use tools like your own intuition, which is also infinite and will give you any answers you want – the old “Seek and you will find, Ask and it will be given.”

Negatives like Death and Evil are just absences of their positive. If you want more light in a room, you don’t shovel out the dark, but you turn on more light. If you want a longer life, than throw more living into it.

In short, you need to concentrate on the original love which created the scene you are in and work to make it even greater.

Of course, this also entails another Huna principle – that “There are no limits.” Meaning, you and me and all of us are connected. So the more you work to spread your love and get other people to love/create more in their own lives, the better everything works out.

When you run down any ill health problem, what do you see? Stress. Which is some form of combating or wanting to change what’s there. What is the common solution to ill-health? Not drugs – these just combat. No, it’s relaxation. And they used to tell people to take up a creative hobby. Of course, move to a rural area isn’t a bad idea – where there is a lot of Nature around you which just keeps going in a very ordinary pattern. (In fact there was a village of people reported recently where they all routinely live past one hundred years old. They lived a very mundane life of simply working out in the fields and weather most every day of the year, producing their own food. Simple, routine lives.

And they are constantly co-creating the world around them. Simple. Pure. Free from stress.

Now this doesn’t mean you have to give up your current world-view or lifestyle. But I brought this to you to share one of those secrets which is right in front of all of our noses.