Unlimited Limits – for the secret few 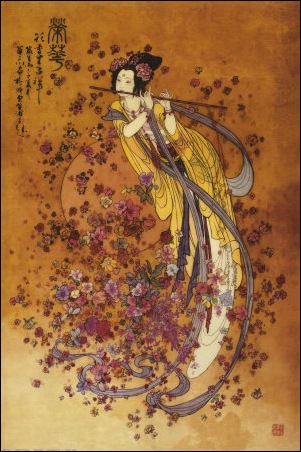 1% of 1% of 1% of the people on this planet possibly have it all figured out and get everything they want, living abundant, peaceful, and healthy lives.

But nobody knows except them.

While they live completely normal lives to everyone around them, their success is also a nearly complete secret. The best media investigative reporters can’t uncover them. And while they make as much money as they want, they only pay the taxes they feel they should – which might be nothing. Government has no control over these people.

And like Poe’s Purloined Letter, their secret is safe because it’s right out in the open.

Just like “The Secret” DVD showed that the Law of Attraction has been known throughout time, yet people wouldn’t accept it and use it because it was so obvious, perhaps.

The math of this is simple:

The wealth of this planet is controlled by about 1% of the people who live here. That is no accident. Because that wealth is generated by these people.

Out of that 1%, only about 1% of those people know exactly how they achieved that wealth. And this was laid out, partially, in “The Secret”.

Now, of that very small amount, only 1% of those understand and know and have personalized the understandings which make those laws work.  And so they are above and beyond any humankind or spiritual laws which exist. For them, there are no “miracles as usual”, because miracles are easily explained, like magic.

Money is a fiction. It doesn’t really exist except as a generated commodity which is useful to exchange aggregated value between various peoples on this planet. It’s another toy we play with.

Now, people who know this fact, and who know the Law of Attraction, will actually be able to amass any amount of money into their lives. And that’s a proved fact, over and over.

However, the people who go ahead to do the research to discover why the Law of Attraction works – and internalize what they discover – find out that those truths that underlie this natural law also explain and empower a person to utilize all natural laws, as well as change the physical world around them at will.

These people can have, do, or be anything and everything they want. It’s actually people who have achieved “satori” or “enlightenment” or “seen the light”.

Yet they are no different than you or I. Most live very ordinary lives, the exception is that they are very much at peace with everyone around them. Their lives run smoothly and calmly. No disasters happen, few serious illnesses if any. And they appreciate life beyond measure, because it is always good.

Some are famous, but not because they have it all figured out, but for some other reason. And they’ll tell you exactly how and why they got into that state if you ask. But most have given up telling people years ago, because most won’t take the next step and see if those steps work for them.

Now some, like Napoleon Hill, Charles Haanel, Wallace Wattles, and Thomas Troward had long figured this out by a wide-ranging study of other authors and successful people – or simply studying all the religious and philosophic texts they could lay their hands on.

And there have been some, such as Lester Levenson, who have stumbled onto this just by sheer self inspection and an indomitable will.

If you follow those authors I’ve linked, you’ll see the secrets they all worked as hard as they could to publish to the world.

The only subject I’ve found which I would recommend you add to those studies is Huna, which is Serge Kahili King and Max Freedom Long, among others. For that ancient knowledge was hidden away and only really started to be revealed and published in the 1970’s.

But you can live a very long, prosperous, and healthy life, full of great relationships. It’s just up to you to do so. No one is going to force you to – even though it may take considerable work on your part to change your mind.

Email ThisBlogThis!Share to TwitterShare to FacebookShare to Pinterest
Labels: enlightenment