The Fastest Route to Enlightenment May Just Kill You Off. 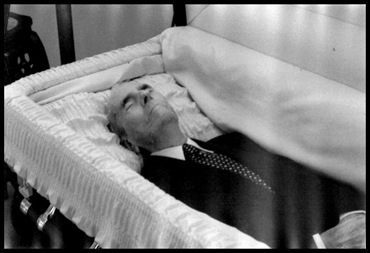 As you study the Masters on this planet (at least the ones who wrote about themselves or had disciples who did), you’ll find a very interesting common factor: the ones who got to enlightenment the fastest nearly died in the process.

Most were exceedingly sick just before, and many kept a chronic condition for the rest of their lives. Others had to go through a long and arduous process to get there, lasting years.

They either had to force their attention onto the subject and concentrate on exclusively that as they did nothing else and others brought them food, water, and kept them sheltered – or they were so sick that this was the only thing that kept them living.

The only ones who didn’t fit this model were generally unknown (Lao Tse), or died horrific and tortuous deaths (Jesus the Christ).

Lester Levenson was our most contemporary Master – and he died of cancer and believed all manner of horrible catastrophes were about to hit this planet. Even though he earlier had the personal abilities to change many things about his life such as teleporting, instant healing of his own body, and control over inanimate objects – among other talents.

But that is just what he believed. That is what he studied in order to understand his own condition which he got into after three months of dedicated study – because his doctors sent him home to die as his physical condition was so severe. Yet he lived another 42 years after that.

However, the longest living people are contented with their lot and optimistic. W. Clement Stone lived to be 100 and was the champion of the “positive mental attitude”.
Of course, a long life means nothing.

Its the intensity of the life which brings the most extreme results.

The average person gets no closer to enlightenment than they do when they get into or out of bed each evening.

Most live lives of “quiet desperation” (or not) doing a factory or cubicle or warehouse or farming job for their entire life and then surviving for a few years after that in “retirement” just to die of one of several hundred ailments.  Cancer is just one of them. Death is death.
And this is the trick. As long as you are alive on this planet in a humanoid (or other) body, you have a problem. You are to some degree or other separate from those around you. There is still some game to play you haven’t finished. Otherwise, you don’t need to be a piece on the board of this game of life. You could be the board or be the game or be everything – and it wouldn’t matter in the slightest.

Why do some people get critical of the “Law of Attraction” for instance? Because they are jealous. It wrecks their game if everyone has more than enough of anything they could possibly want. 99.9% of the games in this realm depend on
People who reach enlightenment know that both of the above are simply fictions. And can be dropped as beliefs at any time. The real well-off ones can drop their body or just have it disappear from this continuum any time they want. But that’s a far cry from what the rest of us are able to, regardless of our particular spiritual training and abilities.

The key understanding you need to have to reach enlightenment is that you are simply mocking everything up around you. Sure, you can read all the books you want which say this. But until you take it in as a personal and unshakeable belief, then no amount of books or tapes or DVDs will do you any amount of good. They’ll just support someone else’s budget and lifestyle.

The real, authentic Masters don’t need your money. And will probably be found giving it away by the truckload to everyone who does need it. Because those that are here on this planet are either busy helping others to reach their own enlightenment, or are studying the rest of what they need to get their own native talents back – or both.

And sure, they’ll keep this up until they die – or will simply disappear (which is never noted or talked about by any of these guys – but it’s a possibility and has more than likely occurred even though it takes all the evidence with it. )

The trick is that these guys don’t fear death, life is just another dream to them – one they can wake up from at any time.

But it almost killed them to find that out.

I wish you a better and simpler way of finding this for yourself. But that is why I wrote this for you.
Posted by robertworstell